Smithson Valley Senior Honored as a Champion for Change 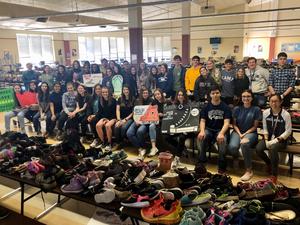 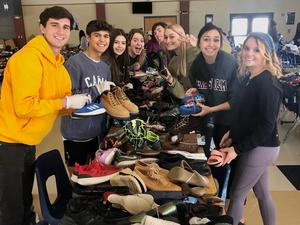 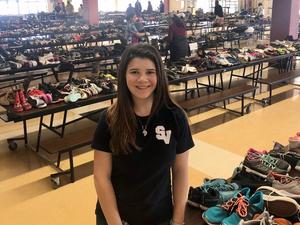 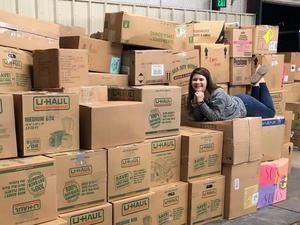 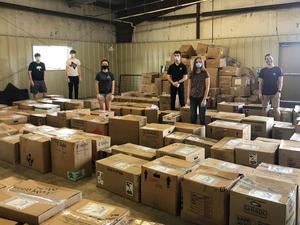 Senior Abigail Redin will not only graduate this Friday, June 5, she also will be featured on KENS 5 News as a Champion for Change. Redin received this honor because of the impact she has made on her community through her two Soles4Souls shoe drives.

Graduating Senior Abigail Redin is being honored as a Champion for Change by Methodist Children’s Hospital and KENS 5 News for her leadership, compassion and selflessness, and it all began with a shoe drive. Well, two shoe drives that is, which collected a total of 22,000 shoes and united students from across the Comal Independent School District no matter their age.

Two years ago, Redin was serving on the Smithson Valley High School’s Parent Teacher Student Association as the environmental chair and had the simple idea of collecting shoes for a non-profit organization called Soles4Souls. Something she had done with her church. That first year, she enlisted the help of student organizations and reached out to students at nearby elementary and middle school campuses to join the drive. The campaign only lasted 11 days but resulted in the collection of 5,500 shoes.

This year, Redin wanted to expand the campaign to include the entire Comal Independent School District enlisting the help of student organizations at every campus. She sent emails, created flyers, spoke to groups and leaned on her friends to help spread the word.

When asked what her goal was for this year’s campaign, she would say, “5,501,” but her real goal was to reach 100 percent participation from every campus in the district. She wanted everyone to feel connected in a common goal.

“When you have a district that is 589 square miles, you don’t always feel connected to students who live 45 to 60 minutes away,” Redin said. “This was an opportunity to bring the students of Comal ISD together to work on a project with a common goal at the same time.”

It was indeed a success. Students and teachers from across the district including all four of the district’s high schools signed up and showed up to work, even on their student holiday, Friday, Feb. 14, to help count and sort the shoes which were collected this year.

With more than 60 volunteers, it took nine hours to come up with this year’s grand total of 16,501 shoes collected. That translates to 8,250 pairs and 270 boxes ready to be shipped to Soles4Souls.

Together, students collected more than three times the total of shoes collected last year. More importantly, they did it together, which is truly all Redin had ever hoped for.

While she has received several honors for her leadership in organizing the campaigns, Redin always points out that she didn’t accomplish this alone, and quickly gives credit for the success to those who helped her along the way.

Watch KENS 5 News 5-6 a.m. Friday, June 5, to see Redin’s Champion for Change segment. Methodist Children’s Hospital created Champions for Change to honor the legacy of a beloved patient and friend, Rowan Windham. Despite his battle with a rare genetic disorder, Rowan got involved in the hospital’s annual cereal drive to fight childhood hunger. He was so passionate about the cereal drive, that it became synonymous with this name. Champions for Change highlights kids like Rowan who show acts of leadership, compassion and selflessness.

Congratulations Abby and all the student leaders who stepped up to make this year's shoe drive a big success!